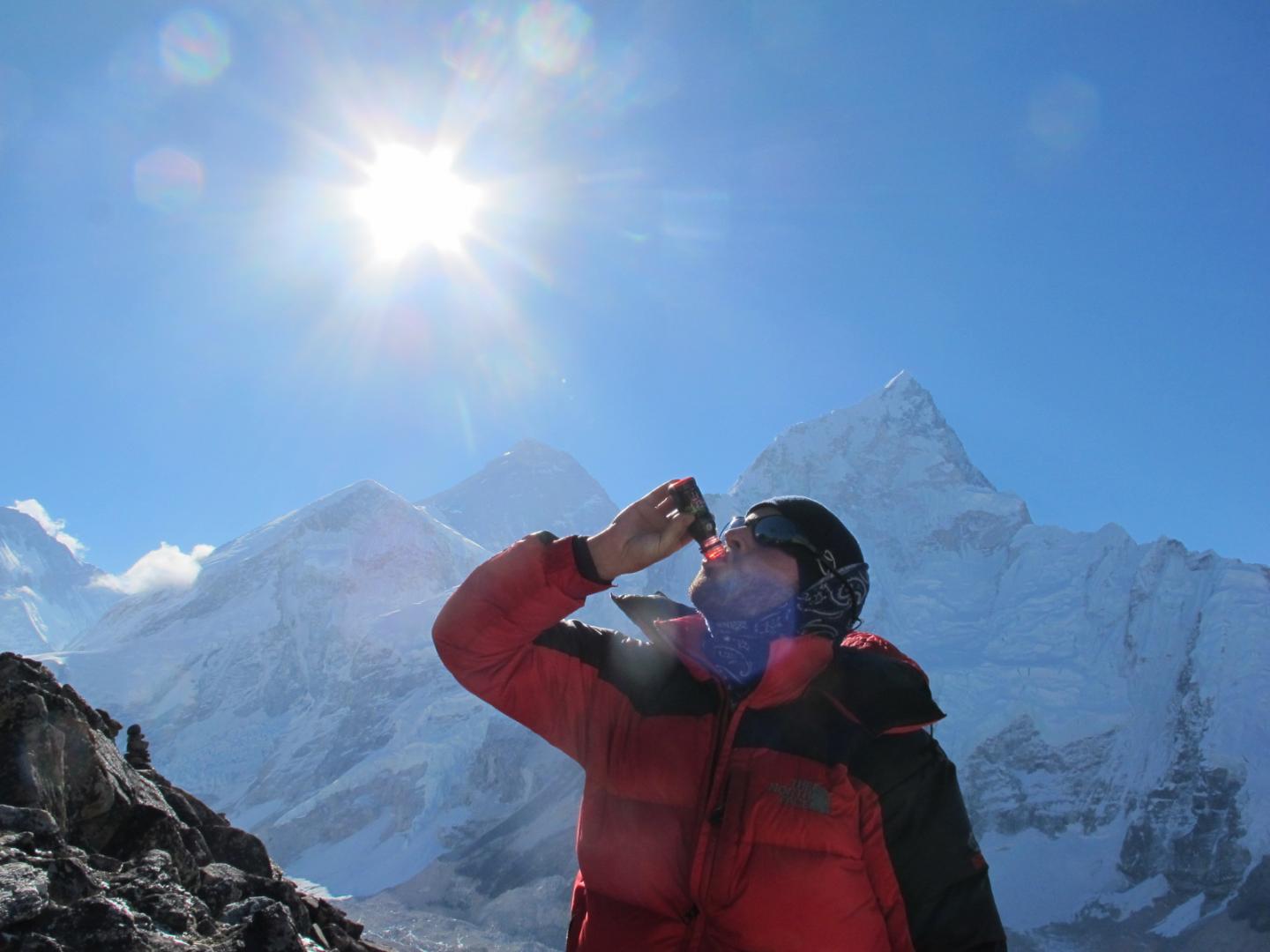 Ever since human beings first began climbing the world's tallest mountains, they have struggled with a basic problem: altitude sickness, caused by lower air pressures which affect the ability of our bodies to take up oxygen. Or, as actor Jason Clarke says in his role as the climbing guide Rob Hall in the recently released movie, Everest, "Human beings simply aren't built to function at the cruising altitude of a 747." How well humans tolerate high altitudes is highly variable, but the best way to minimize the risk of developing acute mountain sickness (AMS) is acclimatization, or simply spending enough time up high to allow the body to make adjustments to lower oxygen levels. But what if you could help your body acclimatize more quickly and thoroughly with the help of a natural substance - like beet juice? A team of Norwegian and Swedish researchers decided to see how nitrate-rich beet juice might affect acclimatization on a 39-day expedition to Kathmandu and at 3700 meters (just over 12,000 feet) in the Rolwaling Valley of Nepal. One aspect of successful acclimatization is that the blood vessels are able to deliver enough oxygen throughout the body. But normal blood vessel function depends on the body's ability to naturally produce a compound called nitric oxide (NO). In healthy people at sea level, production of adequate amounts of NO is not a problem, but with the reduced oxygen availability at high altitude it is a challenge, simply because natural NO production requires oxygen. But the body has a "back-up system" for NO production at altitude, and it is here that beet juice can help. The secret ingredient in beet juice is high levels of nitrate (NO3-), which the body can then convert to NO.
Login Or Register To Read Full Story
Login Register