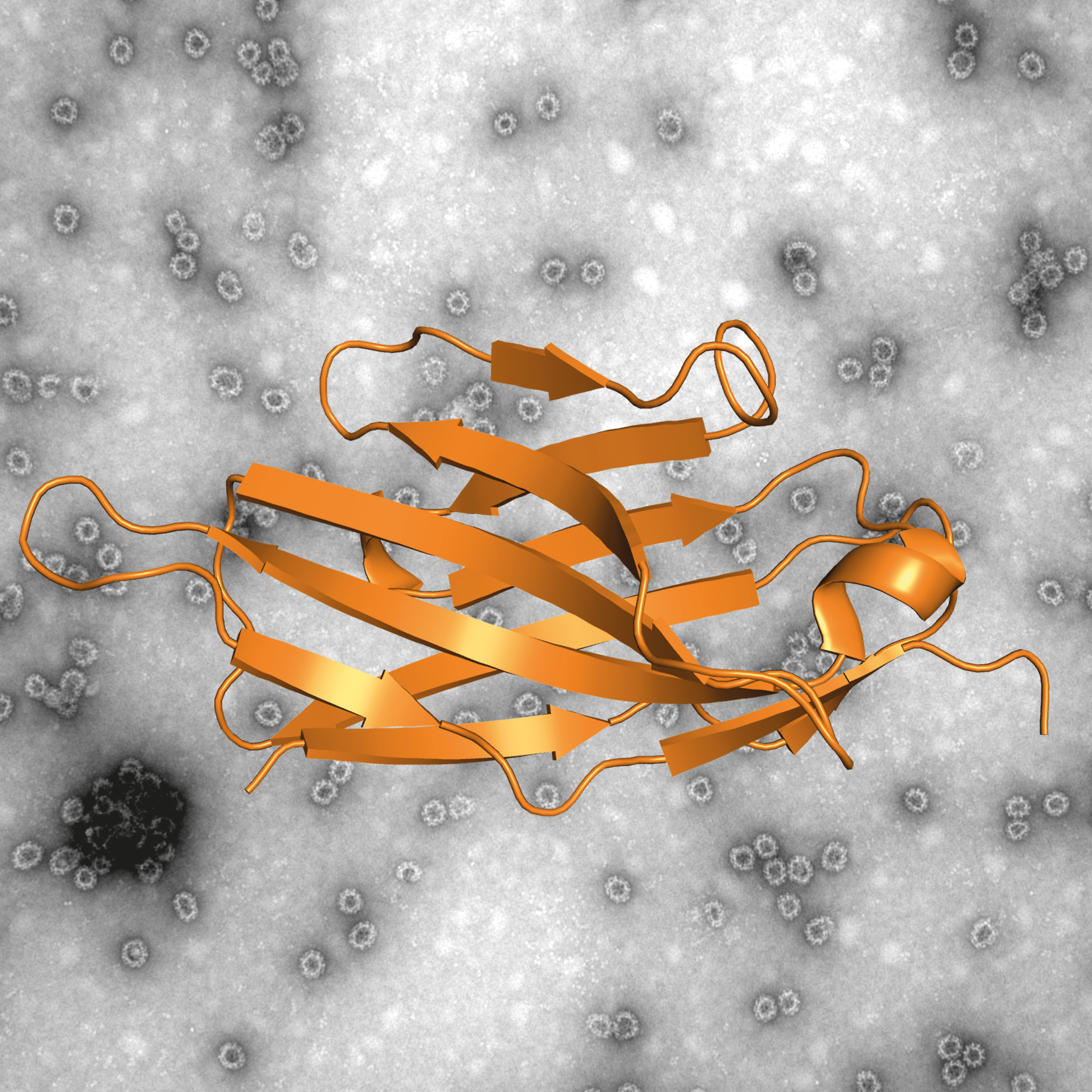 Infection with highly contagious noroviruses, while not usually fatal, can lead to a slew of unpleasant symptoms such as excessive vomiting and diarrhea. Current treatment options are limited to rehydration of the patient. "Additionally, noroviruses come in a variety of constantly evolving strains. This makes the development of an effective vaccine to protect against infection, as well as antiviral therapy to combat already-existing infections, particularly challenging," says Dr. Grant Hansman, a virologist who leads the CHS Research Group on Noroviruses at the German Cancer Research Center (Deutsches Krebsforschungszentrum, DKFZ) and Heidelberg University. Dr. Hansman's research team recently discovered that a "nanobody" called Nano-85 was able to bind to intact norovirus-like particles (VLPs) in culture. Nanobodies are very similar to antibodies, which recognize and bind to antigens. "However, nanobodies are much smaller, more stable, easier to produce, and [more] cost-effective than traditional monoclonal antibodies," says Dr. Hansman. Interestingly, Nano-85 was able to recognize the VLPs from a variety of different norovirus strains. The results were published online on December 17, 2014 in the Journal of Virology. The article was titled “Nanobody Binding to a Conserved Epitope Promotes Norovirus Particle Disassembly.” The researchers then tested the nanobody on stool samples from patients infected with the virus. In this context, Nano-85 was able to detect virus in one-third of the samples already known to be positive for noroviral RNA. "Because noroviruses are changing all the time, there is a need for more powerful tools to detect emerging noroviruses. We still need to optimize detection using Nano-85, but we hope that it could potentially be used as a diagnostic tool further on down the road," explains Dr.
Login Or Register To Read Full Story
Login Register