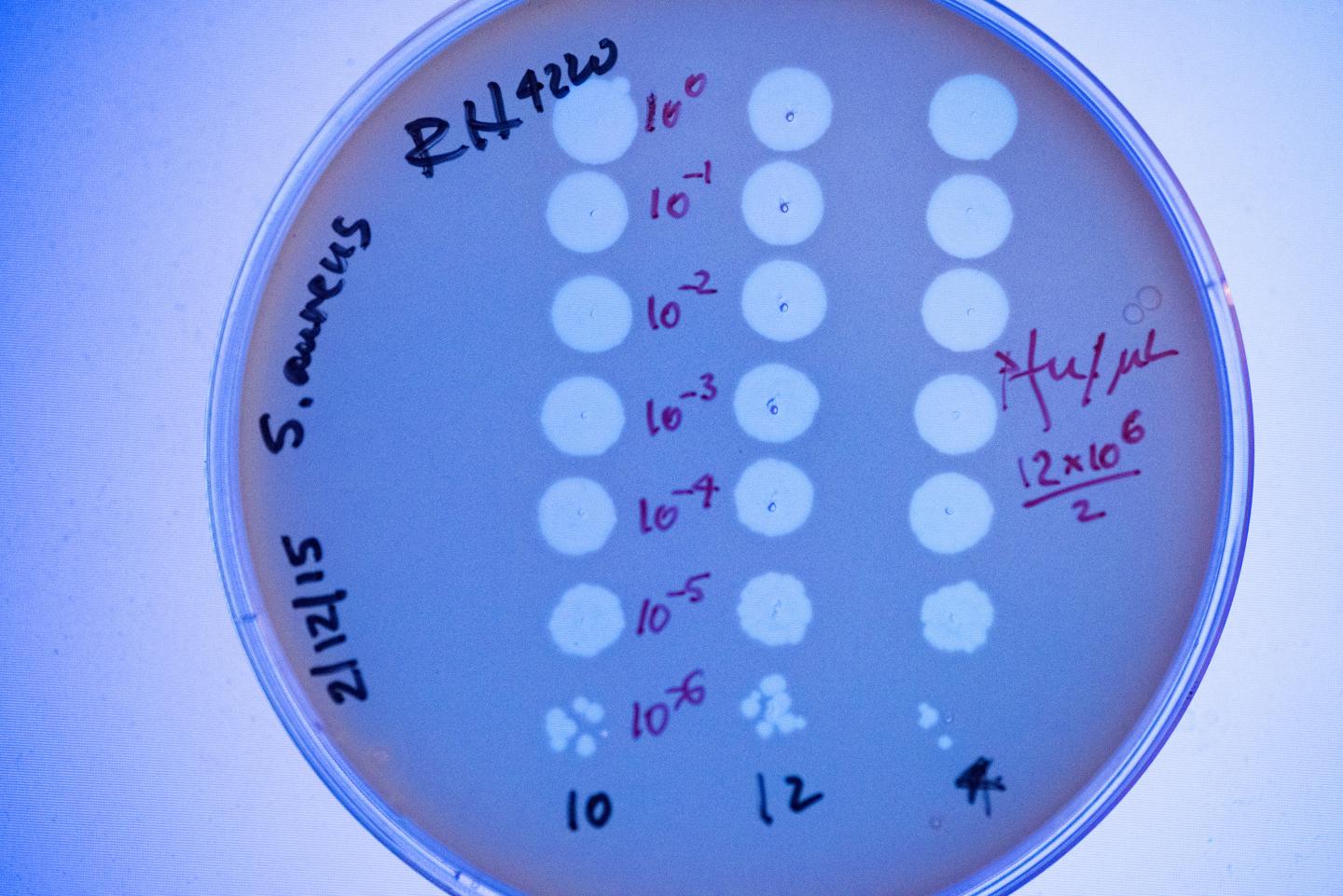 Bacteria may not have brains, but they do have memories, at least when it comes to viruses that attack them. Many bacteria have a molecular immune system that allows these microbes to capture and retain pieces of viral DNA that they have encountered in the past, in order to recognize and destroy that viral DNA when it shows up again. Research at Rockefeller University, published online on February 18, 2015 in Nature, offers new insight into the mysterious process by which this system works to encode viral DNA in a microbe's genome for later use as guides for virus-cutting enzymes. The title of the Nature article is "Cas9 Specifies Functional Viral Targets during CRISPR–Cas Adaptation." "Microbes, like vertebrates, have immune systems capable of adapting to new threats. Cas9, one enzyme employed by these systems, uses immunological memories to guide cuts to viral genetic code. However, very little is known about how these memories are acquired in the first place," says Assistant Professor Luciano Marraffini, head of the Laboratory of Bacteriology at Rockefeller. "Our work shows that Cas9 also directs the formation of these memories among certain bacteria." These memories are embedded in the bacterial equivalent of an adaptive immune system capable of discerning helpful from harmful viruses. This is called the CRISPR (clustered regularly interspaced short palindromic repeats) system. It works by altering the bacterium's genome, adding short viral sequences called spacers in between the repeating DNA sequences. These spacers form the memories of past invaders. They serve as guides for enzymes encoded by CRISPR-associated genes (Cas), which seek out and destroy those same viruses should they attempt to infect the bacterium again.
Login Or Register To Read Full Story
Login Register