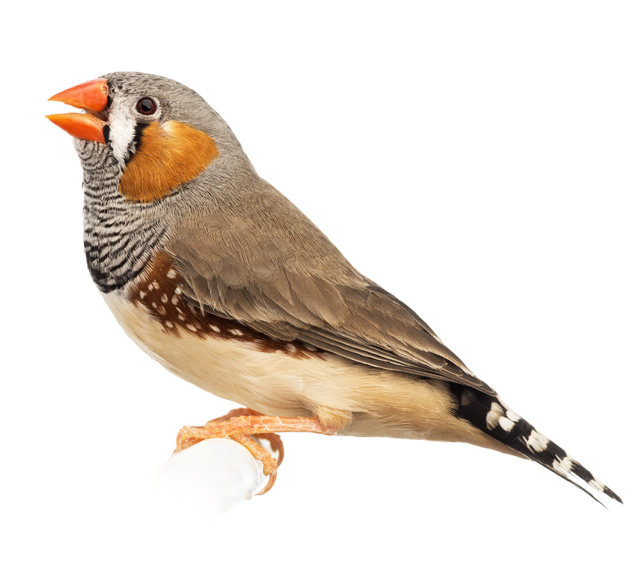 Inactivating a gene (FoxP1) in young songbirds that’s closely linked with autism spectrum disorder (ASD) prevents the birds from forming memories necessary to accurately reproduce their fathers’ songs, a new study led by University of Texas Southwestern (UTSW) shows. The findings, published online on February 3, 2021 in Science Advances, may help explain the deficits in speech and language that often accompany ASD and could eventually lead to new treatments specifically targeting this aspect of the disorder. The open-access article is titled “Autism-Linked Gene FoxP1 Selectively Regulates the Cultural Transmission of Learned Vocalizations.” Study leader Todd Roberts, PhD, a Thomas O. Hicks Scholar in Medical Research at UTSW, explains that learning vocalizations for both songbirds and humans consists of two different stages: First, birds and humans must form a memory of sounds. Next, they practice the sounds through imitation. Juvenile zebra finches typically practice their fathers’ song thousands of times a day over three months, rehearsing it approximately 100,000 times until it’s a close match. These birds can memorize the song 20 to 60 days after hatching, but they don’t start to practice singing it until approximately 35 to 40 days after hatching. To better understand the role FoxP1 might play in both parts of this process, the researchers separated young zebra finches into two groups: Half the birds spent their early lives in contact with their singing fathers and continued to live with them while they practiced their songs; the other half spent their early lives with their songless mothers and later joined their fathers during the practice phase.
Login Or Register To Read Full Story
Login Register