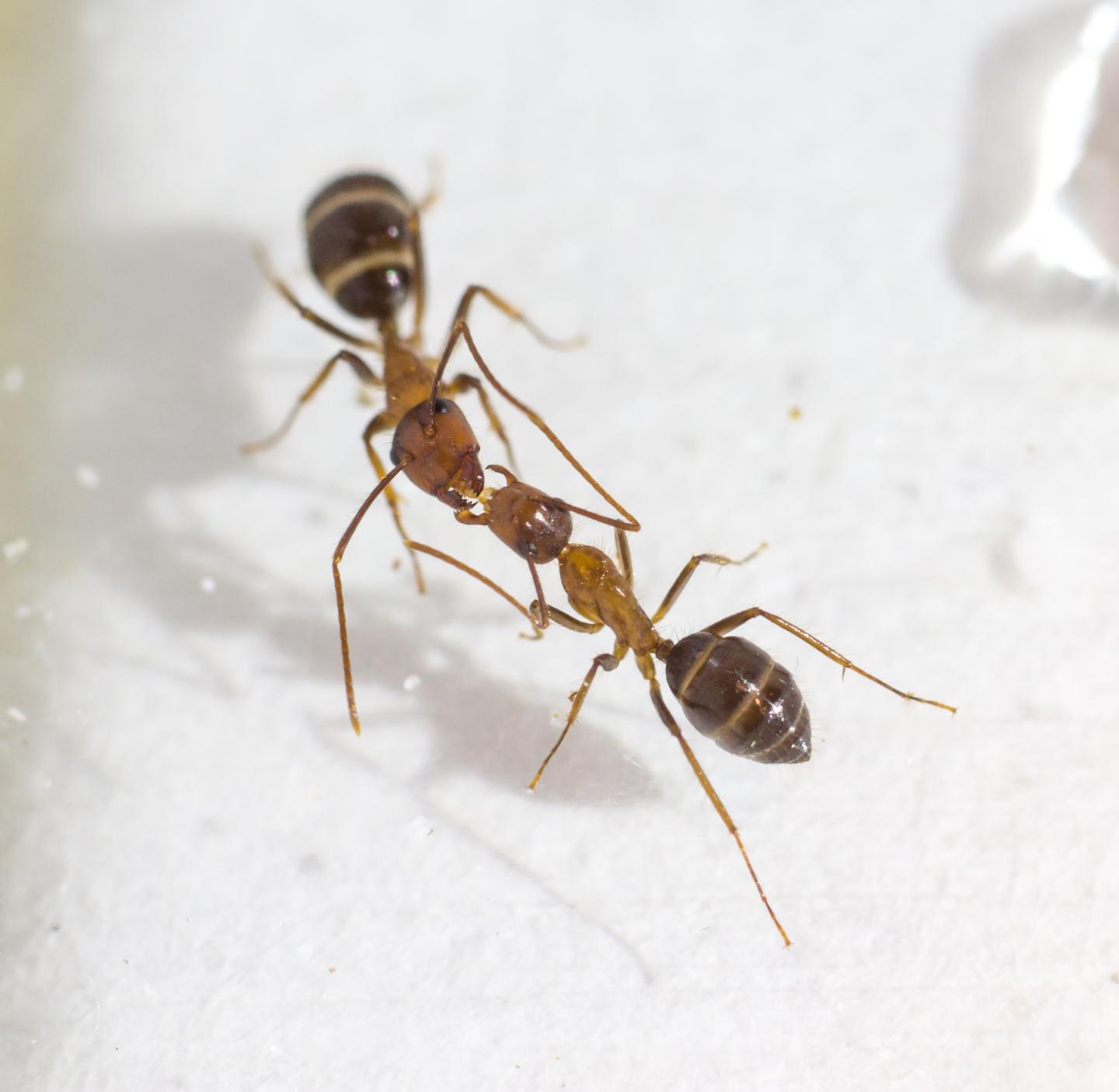 Liquids shared mouth-to-mouth by social insects contain proteins and small molecules that can influence the development and organization of their colonies, according to new findings published online on November 29, 2016 in eLife. The article is titled “Oral Transfer of Chemical Cues, Growth Proteins and Hormones in Social Insects.” The study, from the University of Lausanne, Switzerland, suggests that Florida carpenter ants can collectively influence their communities by shifting the cocktail of proteins, hormones, and other small molecules that they pass mouth-to-mouth to one another and their young through a process called trophallaxis. "Food is passed to every adult and developing ant by trophallaxis. This creates a network of interactions linking every member of the colony," says senior author Laurent Keller, Ph.D., Professor in the Department of Ecology and Evolution. "A lot of researchers consider trophallaxis only as a means of food-sharing," adds Professor Richard Benton of the Center for Integrative Genomics, also a senior author of the study. "But trophallaxis occurs in other contexts, such as when an ant is reunited with a nest-mate after isolation. We therefore wanted to see if the fluid exchanged by trophallaxis contains molecules that allow ants to pass other chemical messages to each other, and not just food." To answer this question, the team, led by first author and postdoctoral researcher Dr. Adria LeBoeuf, analyzed fluid from pairs of ants engaged in trophallaxis. Surprisingly, they identified a large number of proteins that appear to be involved in regulating the growth of ants, along with high levels of juvenile hormone, an important regulator of insect development, reproduction, and behavior.
Login Or Register To Read Full Story
Login Register