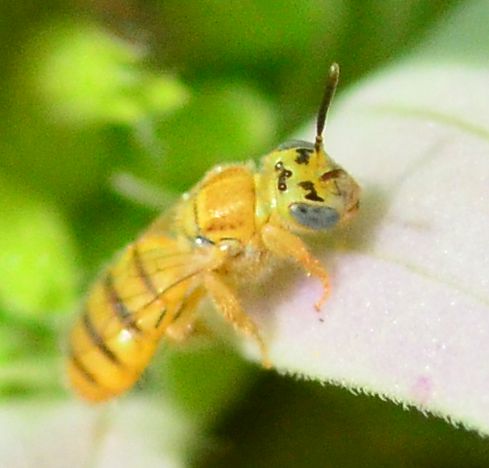 Though declines in bee populations have heightened awareness of the importance of pollinating insects to the world's food supply, numerous bee species remain undescribed or poorly understood. Utah State University entomologist Zach Portman studies a diverse group of solitary, desert bees that aren't major pollinators of agricultural crops, but fill an important role in natural ecosystems of the American Southwest, including the sizzling sand dunes of California's Death Valley. With Terry Griswold, Ph.D., of the USDA-ARS Pollinating Insects Research Unit at Utah State and John Neff, Ph.D., of the Central Texas Melittological Institute in Austin, Portman reports nine, newly identified species of the genus Perdita in the December 23, 2016, issue of Zootaxa. The articled is titled “Taxonomic Revision of Perdita Subgenus Heteroperdita Timberlake (Hymenoptera: Andrenidae), with Descriptions of Two Ant-Like Males.” Unexpected finds include the curious ant-like males of two of the species, which are completely different in appearance from their mates. "It's unclear why these males have this unique form, but it could indicate they spend a lot of time in the nest," Portman says. "We may find more information as we learn more about their nesting biology." Some of these bees, found exclusively in North America, sport scientific names inspired by Shakespearean characters, such as Perdita titania, named for the fairy queen from A https://www.google.com/intl/en/policies/privacy/?fg=1Midsummer Night's Dream. Elusive and tiny, Portman tracks the bees by watching for their buzzing shadows in the blinding, midday sunlight the diminutive insects tend to favor.
Login Or Register To Read Full Story
Login Register