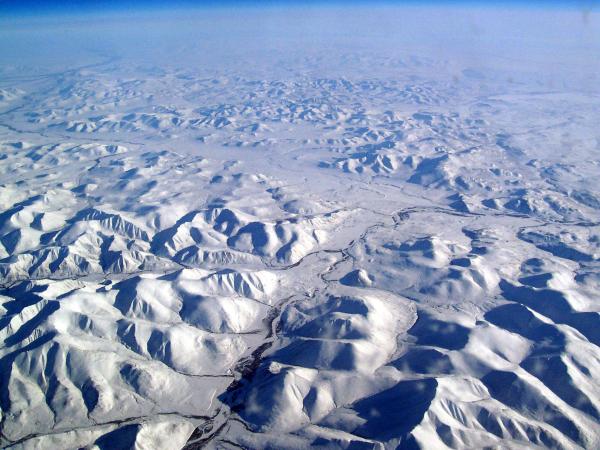 The genome sequence of a 24,000-year-old Siberian individual has provided a key piece of the puzzle in the quest for Native American origins. The ancient Siberian demonstrates genomic signatures that are basal to present-day western Eurasians and close to modern Native Americans. The breakthrough was reported online on November 20, 2013 in Nature by an international team of scientists, led by researchers from the University of Copenhagen. The search for Native American ancestors has been focused in northeastern Eurasia. In late 2009, researchers sampled, at the Hermitage Museum, St. Petersburg, the remains of a juvenile individual (MA-1) from the Upper Palaeolithic site of Mal’ta in south-central Siberia. The MA-1 individual dated to approximately 24,000 years ago. Now, the team reports genomic results from the MA-1 individual which unravel the origins of the First Americans – ancestors of modern-day Native Americans. “Representing the oldest anatomically modern human genome reported thus far, the MA-1 individual has provided us with a unique window into the genetic landscape of Siberia some 24,000 years ago,” says Dr. Maanasa Raghavan from the Centre for GeoGenetics and one of the lead authors of the study. “Interestingly, the MA-1 individual shows little to no genetic affinity to modern populations from the region from where he originated - south Siberia.” Instead, both the mitochondrial and nuclear genomes of MA-1 indicate that he was related to modern-day western Eurasians. This result paints a picture of Eurasia 24,000 years ago which is quite different from the present-day context. The genome of MA-1 indicates that prehistoric populations related to modern western Eurasians occupied a wider geographical range into northeast Eurasia than they do today.
Login Or Register To Read Full Story
Login Register