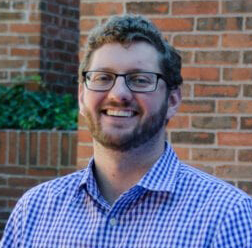 The American Society of Human Genetics (ASHG) has honored Benjamin Neale (photo), PhD, as the recipient of the 2020 Early-Career Award (https://www.ashg.org/membership/awards/early-career/). Dr. Neale is the Director of the Genomics of Public Health Initiative at Massachusetts General Hospital (MGH). He is also an Associate Professor at Harvard Medical School, an Institute Member in the Medical and Population Genetics program of the Broad Institute, and the Director of Genetics for the Stanley Center for Psychiatric Research at the Broad Institute. This award, which includes a plaque and a $10,000 prize, recognizes the contributions of genetics and genomics scientists in the first ten years of their careers as independent investigators. “Early in his career, Dr. Benjamin Neale focused heavily on the development and application of statistical methodology for genetic analysis,” said ASHG President Anthony Wynshaw-Boris, MD, PhD, Chair of the Department of Genetics and Genome Sciences at Case Western Reserve University School of Medicine. “He has a remarkably strong track record of conducting analyses for genetic data with a heavy focus on psychiatric illness, particularly ADHD and Autism. His studies have the potential to understand novel pathways responsible for psychiatric disease and influence the development of new diagnoses and treatments.” “Since the early years of his training, Ben has made numerous contributions to statistical genetics methodologies (and is widely considered a leading expert across this field), but much more than this has been a driving force in both the development and engineering of computational methods fundamental to our field in the era of large-scale genomic data,” said Mark J. Daly, PhD, Chief of the Analytic and Translational Genetics Unit at Massachusetts General Hospital, in his nomination letter.
Login Or Register To Read Full Story
Login Register