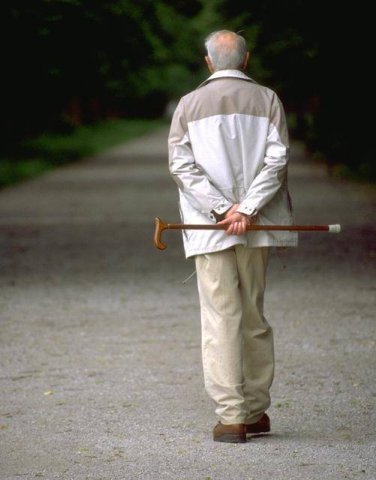 For decades, researchers have debated whether Alzheimer’s disease starts independently in vulnerable brain regions at different times, or if it begins in one region and then spreads to neuroanatomically connected areas. A new study by Columbia University Medical Center (CUMC) researchers strongly supports the latter, demonstrating that abnormal tau protein, a key feature of the neurofibrillary tangles seen in the brains of those with Alzheimer’s, propagates along linked brain circuits, “jumping” from neuron to neuron. The findings, published February 1, 2012 in the online journal PloS One, open new opportunities for gaining a greater understanding of Alzheimer’s disease and other neurological diseases and for developing therapies to halt its progression, according to senior author Dr. Karen E. Duff, professor of pathology (in psychiatry and in the Taub Institute for Research on Alzheimer’s Disease and the Aging Brain) at CUMC and at the New York State Psychiatric Institute. Alzheimer’s disease, the most common form of dementia, is characterized by the accumulation of plaques (composed of amyloid-beta protein) and fibrous tangles (composed of abnormal tau protein) in brain cells called neurons. Postmortem studies of human brains and neuroimaging studies have suggested that the disease, especially the neurofibrillary tangle pathology, begins in the entorhinal cortex, which plays a key role in memory. Then, as Alzheimer’s progresses, the disease appears in anatomically linked higher brain regions. “Earlier research, including functional MRI studies in humans, have also supported this pattern of spread,” said study coauthor Dr. Scott A. Small, professor of neurology in the Sergievsky Center and in the Taub Institute for Research on Alzheimer’s Disease and the Aging Brain at CUMC.
Login Or Register To Read Full Story
Login Register