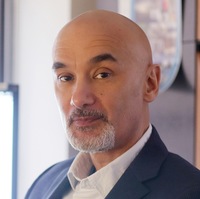 After decades of little or no progress, biomedical researchers are finally making some headway at detecting and treating sepsis, a deadly medical complication that sends a surge of pathogenic infection through the body and remains a major public health problem. Researchers at Cincinnati Children's Hospital Medical Center report in the November 13, 2019 issue of Science Translational Medicine that they have developed and successfully tested a new rapid blood assay that measures five biomarkers and accurately predicts which patients are at low, medium, or high risk for death from sepsis (colloquially referred to as blood poisoning). Called PERSEVERE, the new test allows physicians to detect and stratify sepsis at its earliest moments, just as the body is about to unleash a storm of bacterial infection, according to study's senior investigator, Hector Wong (photo), MD, Director of Critical Care Medicine at Cincinnati Children's. By knowing which five proteins/genes make up the assay's five-biomarker blood panel, physicians should be able to start medical interventions much earlier and with greater precision. Dr. Wong said, not only can patients be stratified into low, medium and high-risk groups, the biomarker test allows physicians to pick the right interventions for specific patients, including which drugs and dosages. The article is titled “Prospective Clinical Testing and Experimental Validation of the Pediatric Sepsis Biomarker Risk Model.” "The PERSEVERE platform focuses on stratification and prognostication, not diagnostics," says Dr. Wong. "Prognostic enrichment is a fundamental tool of precision medicine.
Login Or Register To Read Full Story
Login Register