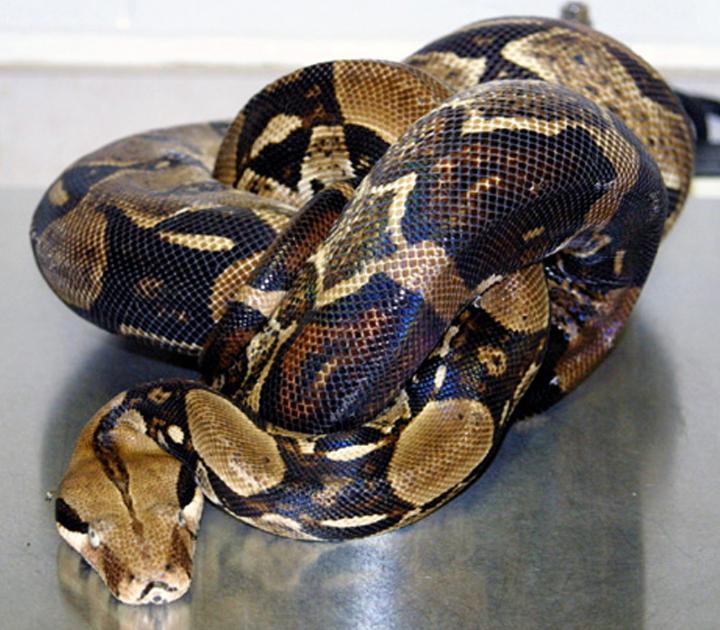 Inclusion body disease is a serious, chronic viral infection of snakes and can be devastating in captive reptile populations. Now, a new study published in the December 2016 issue of The Veterinary Journal sheds light on the disease, and may help veterinary care teams better protect the health of their populations of large snakes. The new article is titled “Detection and Prevalence of Boid Inclusion Body Disease in Collections of Boas and Pythons Using Immunological Assays.” The study was funded in part by a grant from the Morris Animal Foundation. Found in both boa constrictor and python species, inclusion body disease (IBD) signs may include periodic or chronic regurgitation, head tremors, abnormal shedding, anorexia, clogged nostrils, and pneumonia. The disease can rapidly progress to nervous system signs, such as disorientation, corkscrewing of the head and neck, holding the head in abnormal and unnatural positions, and rolling onto the back or stargazing. Current strategies for IBD control include identification and isolation of affected snakes, but making a definitive diagnosis of IBD in a living animal can be challenging. Infected snakes may continue to feed and otherwise behave normally, and may infect other snakes prior to developing clinical signs of illness and chronic disease. The prevalence of sub-clinical, infectious IBD disease in snakes prior to this study was not well understood. "In addition to developing diagnostic tests for IBD, a major finding in this study is the subclinical nature of IBD," said Dr. Elliott Jacobson, one of the papers' authors and faculty member at the College of Veterinary Medicine, University of Florida. "Many apparently healthy boa constrictors have not only the reptarenavirus, that is considered the causative agent, but also have subclinical IBD."
Login Or Register To Read Full Story
Login Register