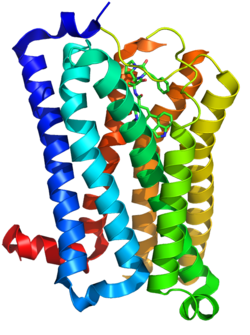 Blocking serotonin receptors during development results in highly aggressive and impulsive behavior, according to new animal research. Reintroducing the receptors in adulthood suppresses impulsivity, but not aggression, to normal levels. These and related findings were described during a press conference on Sunday, November 10, at Neuroscience 2013, the annual meeting of the Society for Neuroscience and the world’s largest source of emerging news about brain science and health. 30,000 scientists are attending this convention in San Diego. Previous studies have identified a link between low serotonin levels and impulsive, violent aggression. However, therapeutic treatments that used antidepressants to increase serotonin generally did not reduce the negative behaviors. New research, led by Katherine Nautiyal, Ph.D., from Columbia University, identified a specific serotonin receptor (5-HT1B)(see image) as a key factor in aggressive and impulsive behaviors. Mice lacking this receptor during development exhibited more frequent and intense fighting than did control mice. They were also more impulsive in neutral situations, more vulnerable to abusing drugs, and demonstrated less restraint, even when rewarded to do so. Understanding the impact of changes in specific prefrontal regions during brain development could lead to new treatments and earlier interventions for disorders in which impulsivity plays a key factor. The research may have implications for understanding and dealing with aggressive and troublesome behaviors. The new findings show that: the absence of serotonin receptors during early development leads to highly aggressive and impulsive behaviors in mice.
Login Or Register To Read Full Story
Login Register