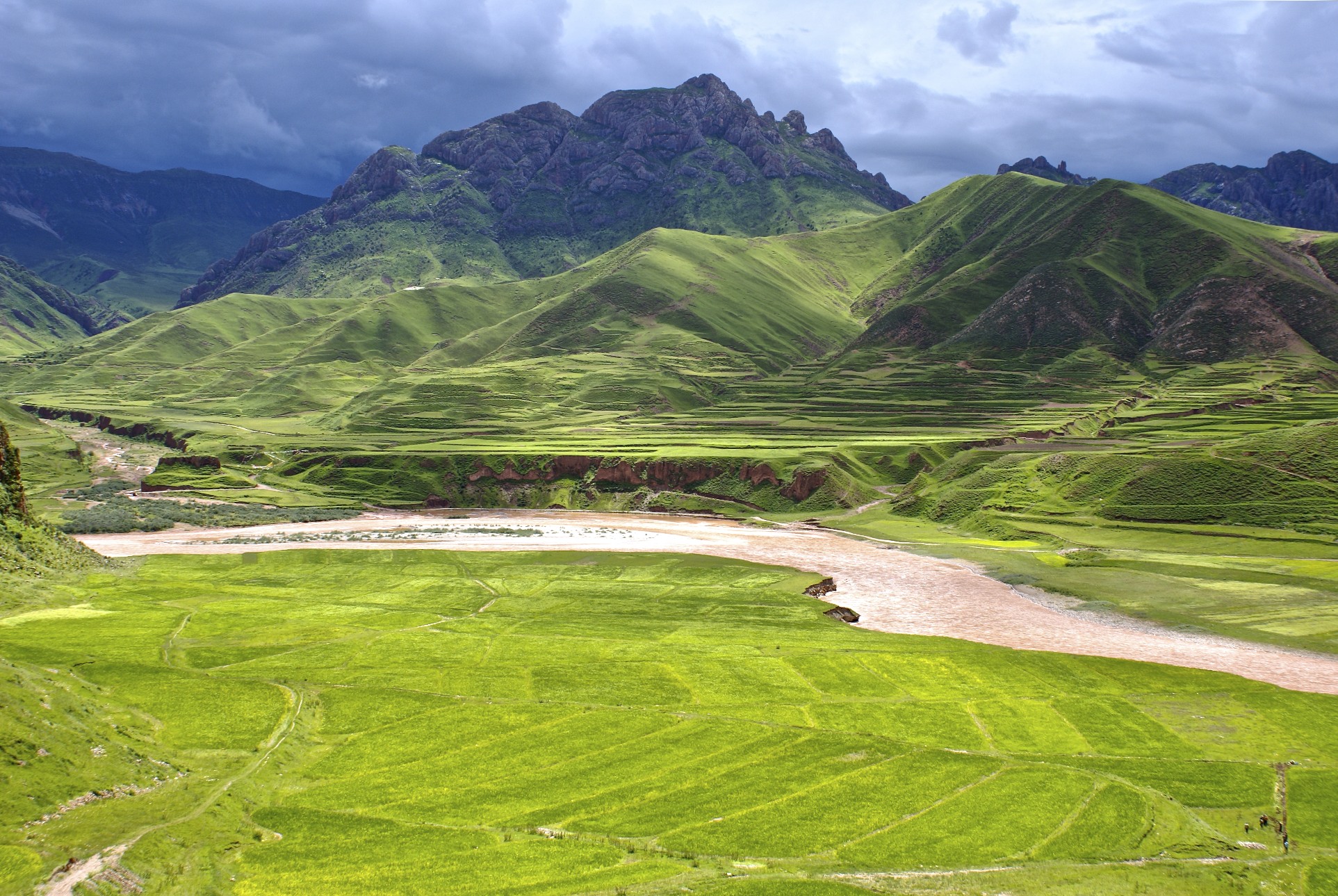 In an environment where others struggle to survive, Tibetans thrive in the thin air on the Tibetan Plateau (image), with an average elevation of 14,800 feet. A study led by University of Utah scientists is the first to find a genetic cause for the adaptation – a single DNA base pair change that dates back 8,000 years – and demonstrate how it contributes to the Tibetans' ability to live in low oxygen conditions. The study appears online in the journal Nature Genetics on August 17, 2014. "These findings help us understand the unique aspects of Tibetan adaptation to high altitudes, and to better understand human evolution," said Josef Prchal, M.D., senior author of the article and University of Utah professor of internal medicine. The story behind the discovery is equally about cultural diplomacy as it is scientific advancement. Dr. Prchal traveled several times to Asia to meet with Chinese officials, and representatives of exiled Tibetans in India, to obtain permissions to recruit subjects for the study. But he quickly learned that without the trust of Tibetans, his efforts were futile. Wary of foreigners, they refused to donate blood for his research. After returning to the U.S., Dr. Prchal couldn't believe his luck upon discovering that a native Tibetan, Tsewang Tashi, M.D., had just joined the Huntsman Cancer Institute at the University of Utah as a clinical fellow. When Dr. Prchal asked for his help, Dr. Tashi quickly agreed. "I realized the implications of his work not only for science as a whole but also for understanding what it means to be Tibetan," said Dr. Tashi. In another stroke of luck, Dr. Prchal received a long-awaited letter of support from the Dalai Lama. The two factors were instrumental in engaging the Tibetans' trust: more than 90 individuals, both from the U.S. and abroad, volunteered for the study.
Login Or Register To Read Full Story
Login Register