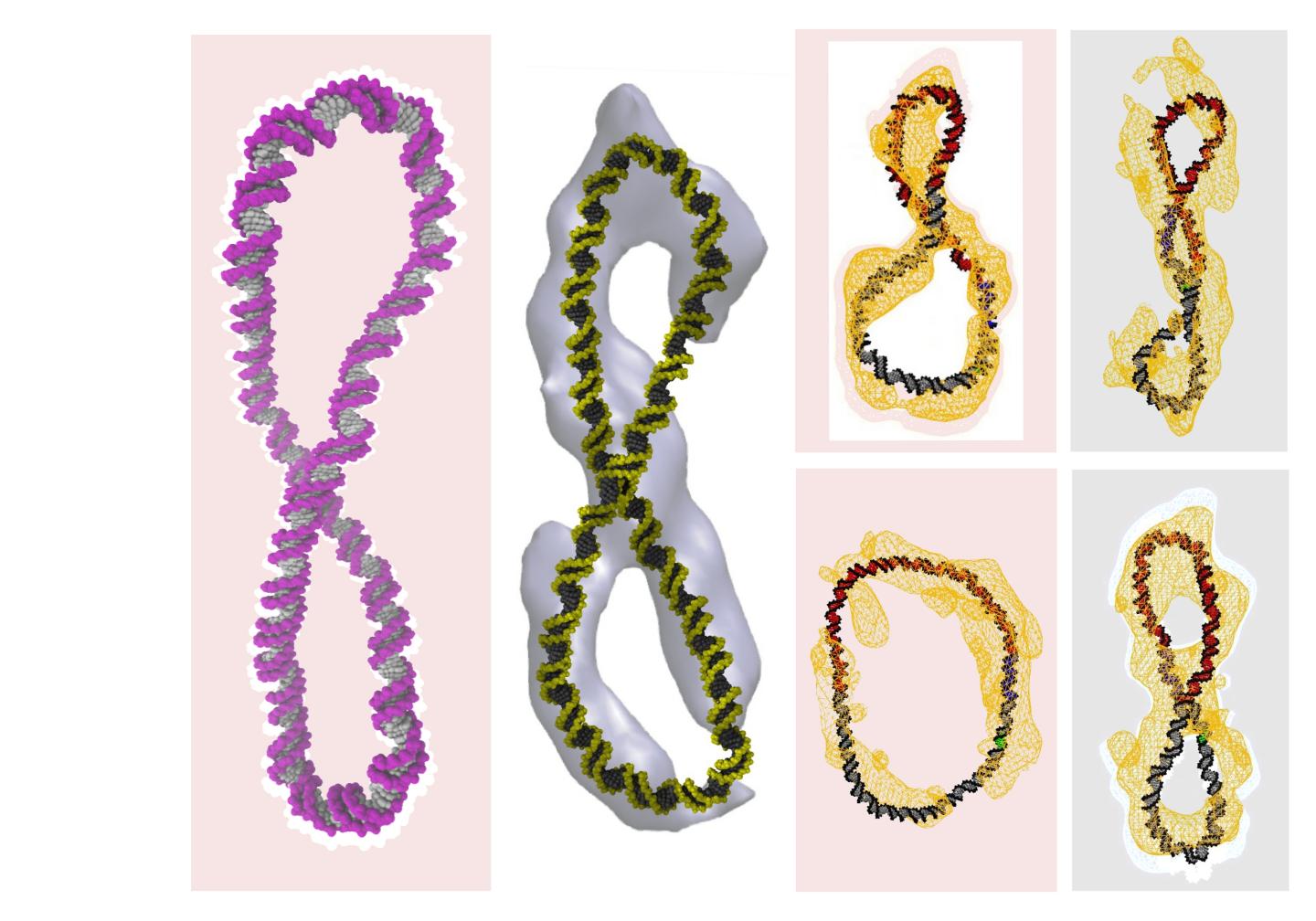 Researchers at the Baylor College of Medicine (USA) and the University of Leeds (UK) have imaged, in unprecedented detail, the three-dimensional structure of supercoiled DNA, revealing that its shape is much more dynamic than the well-known linear double-helix. Various DNA shapes, including figure-8's, were imaged using a powerful microscopy technique by researchers at Baylor, and then examined using supercomputer simulations run at the University of Leeds. As reported online on October 12, 2015 in an open-access article published in Nature Communications, the simulations also show the dynamic nature of DNA, which constantly wiggles and morphs into different shapes - a far cry from the commonly held idea of a rigid and static double-helix structure. Improving the understanding of what DNA looks like when it is in the cell will help us to design better medicines, such as new antibiotics or more effective cancer chemotherapies, the researchers suggest. "This is because the action of drug molecules relies on them recognizing a specific molecular shape - much like a key fits a particular lock," said Dr. Sarah Harris from the School of Physics and Astronomy at the University of Leeds, who led the computer simulation research side of the study. The Nature Communications article is titled “'The Structural Diversity of Supercoiled DNA.” The double-helix shape has a firm place in the public's collective consciousness. It is referenced in popular culture and often features in art and design. But the shape of DNA isn't always that simple. Dr. Harris said: "When Watson and Crick described the DNA double-helix, they were looking at a tiny part of a real genome, only about one turn of the double helix. This is about 12 DNA base pairs, which are the building blocks of DNA that form the rungs of the helical ladder.
Login Or Register To Read Full Story
Login Register