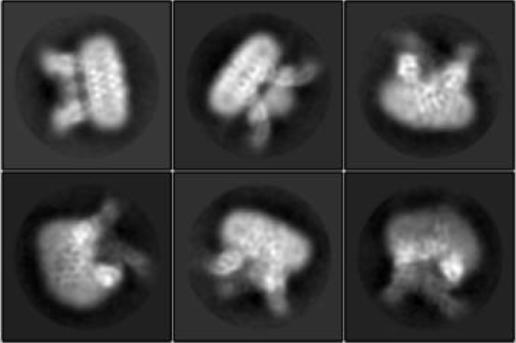 Columbia University biomedical researchers have captured close-up views of TRPV3, a skin-cell ion channel protein that plays important roles in sensing temperature, itch, and pain. In humans, defects in this protein can lead to skin diseases such as atopic dermatitis (a type of eczema), vitiligo (uneven skin coloration), skin cancer, and rosacea. All vertebrate DNA, including the woolly mammoth genome, contains the TRPV3 gene. Though the mammoths lived in extremely cold environments, they descended from elephants that lived in the tropics. Researchers think that changes in the TRPV3 genes of mammoths may have helped them withstand lower temperatures. The article was published online on August 20, 2018 in Nature Structural & Molecular Biology, and is titled "Structure and Gating Mechanism of the Transient Receptor Potential Channel TRPV3." Dr. Alexander Sobolevsky's lab at Columbia University Irving Medical Center used a powerful imaging technique called cryo-electron microscopy to take pictures of TRPV3 molecules. Initial 2D images were collected by freezing the molecules in an extremely thin, clear layer of ice and bombarding them with electrons. The researchers then used computational tools to convert the 2D images into detailed molecular 3D models. This is the first time scientists have gotten a glimpse of TRPV3 in atomic detail. The researchers were able to get images of the protein in two states, revealing how the channel opens and closes to let ions flow into skin cells. This exchange of ions prompts the body to react to sensations such as pain, itchiness, and changes in temperature. The group also discovered how a small molecule with anti-cancer properties called 2-APB interacts with and controls the function of this channel.
Login Or Register To Read Full Story
Login Register