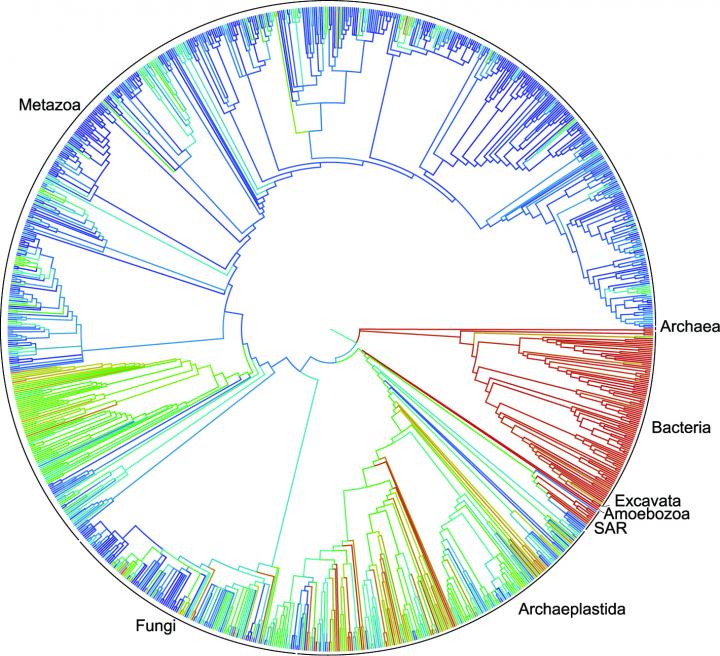 A first draft of the "tree of life" for the roughly 2.3 million named species of animals, plants, fungi, and microbes has been released. A collaborative effort among eleven institutions, the tree depicts the relationships among living things as they diverged from one another over time, tracing back to the beginning of life on Earth more than 3.5 billion years ago. Tens of thousands of smaller trees have been published over the years for select branches of the tree of life -- some containing upwards of 100,000 species -- but this is the first time those results have been combined into a single tree that encompasses all of life. The end result is a digital resource that is available free online for anyone to use or edit, much like a "Wikipedia" for evolutionary trees. "This is the first real attempt to connect the dots and put it all together," said principal investigator Dr. Karen Cranston of Duke University. "Think of it as Version 1.0." The current version of the tree -- along with the underlying data and source code -- is available to browse and download at https://tree.opentreeoflife.org. It is also described in an open-access article appearing online on September 18, 2015 in PNAS. The article is titled “Synthesis of Phylogeny and Taxonomy Into a Comprehensive Tree of Life.” Evolutionary trees, branching diagrams that often look like a cross between a candelabra and a subway map, aren't just for figuring out whether aardvarks are more closely related to moles or manatees, or pinpointing a slime mold's closest cousins. Understanding how the millions of species on Earth are related to one another helps scientists discover new drugs, increase crop and livestock yields, and trace the origins and spread of infectious diseases such as HIV, Ebola, and influenza.
Login Or Register To Read Full Story
Login Register