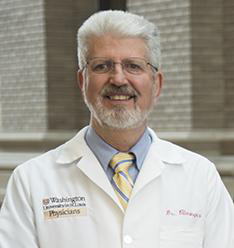 Creativity—the “secret weapon” of Homo sapiens—constituted a major advantage over Neanderthals and played an important role in the survival of the human species. This is the finding of an international team of scientists, led by the University of Granada (UGR), which has identified for the first time a series of 267 genes linked to creativity that differentiate Homo sapiens from Neanderthals. This important scientific finding, published online on April 21, 2021 in Molecular Psychiatry (Nature), suggests that it was these genetic differences linked to creativity that enabled Homo sapiens to eventually replace Neanderthals. It was creativity that gave Homo sapiens the edge, above and beyond the purely cognitive level, by facilitating superior adaptation to the environment compared to that of now-extinct hominids and providing greater resilience to aging, injury, and disease. The open-access Molecular Psychiatry article is titled “Evolution of Genetic Networks for Human Creativity” (https://www.nature.com/articles/s41380-021-01097-y). The research team comprises first author Igor Zwir, Coral del Val, Rocío Romero, Javier Arnedo, and Alberto Mesa from the UGR’s Department of Computer Science and Artificial Intelligence, the Andalusian Research Institute in Data Science and Computational Intelligence (DaSCI), and the Biohealth Research Institute in Granada (ibs.GRANADA), together with senior author Robert Cloninger (photo) of Washington University in St. Louis and colleagues from the Young Finns Study (Finland), the American Museum of Natural History (New York), and the Menninger Clinic (Houston, Texas). Their findings are the result of an interdisciplinary study that brings together Artificial Intelligence (AI), Molecular Genetics, Neurosciences, Psychology, and Anthropology. This is the fifth consecutive paper published by this research team in one of the most prestigious scientific journals in the area concerned with the human personality.
Login Or Register To Read Full Story
Login Register