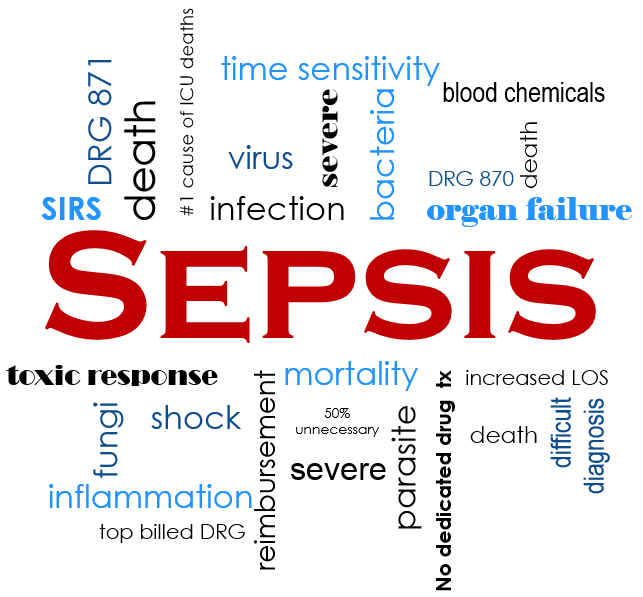 Can a routine hospital stay upset the balance of microbes in our bodies so much that it sets some older people up for a life-threatening health crisis called sepsis? A new University of Michigan (U-M) and Veterans Affairs Ann Arbor Center for Clinical Management Research study suggests this may indeed be the case. The study shows that older adults are three times more likely to develop sepsis -- a body-wide catastrophic response to infection -- in the first three months after leaving a hospital than at any other time. What's more, the risk of sepsis in that short post-hospital time is 30 percent higher for people whose original hospital stay involved care for any type of infection -- and 70 percent higher for those who had a gut infection caused by Clostridium difficile. In fact, one of every ten C. difficile survivors ends up with sepsis within three months of his or her hospital stay, according to the new study published online on May 27, 2015 in the American Journal of Respiratory and Critical Care Medicine. It's the first analysis of its kind. The article is titled “Hospitalization Type Predicts Risk of Subsequent Severe Sepsis.” The researchers chose to look at the relationship between hospitalization and sepsis because of a growing understanding that antibiotics and other infection treatments disrupt the body's microbiome -- the natural community of bacteria and other organisms that is vital for healthy body function. In turn, C. difficile preys upon hospital patients who have a disrupted gut microbiome.
Login Or Register To Read Full Story
Login Register