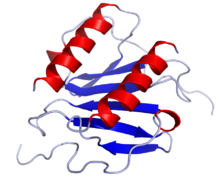 Researchers at the Moffitt Cancer Center in Tampa, Florida have discovered a unique immune gene signature that can predict the presence of microscopic lymph node-like structures in metastatic melanoma. The presence of these immune structures, the researchers said, appears to be associated with better survival and may indicate the possibility of selecting patients for immunotherapy based solely on the immune-related makeup of their tumors as an approach to personalized medicine. The full text of the study appeared online on October 24, 2012 in Scientific Reports, a journal from the Nature Publishing Group. In this study, the researchers analyzed a 12-chemokine gene expression signature across nearly 15,000 distinct solid tumors of different types, including metastatic melanoma. Chemokines are powerful immune system molecules known to be important in lymph node formation and function during development. The 12-chemokine gene expression signature was found to remarkably predict the presence of microscopic lymph node-like structures within some melanomas and was also associated with better overall survival of these patients. The researchers speculate that the lymph nodal structures they identified are active and playing an important positive role in a self-elicited (endogenous) anti-tumor response – initially locally and then systemically. They also anticipate that their findings in melanoma may extend to other solid tumors, such as those of colorectal, lung, and ovarian origin.
Login Or Register To Read Full Story
Login Register